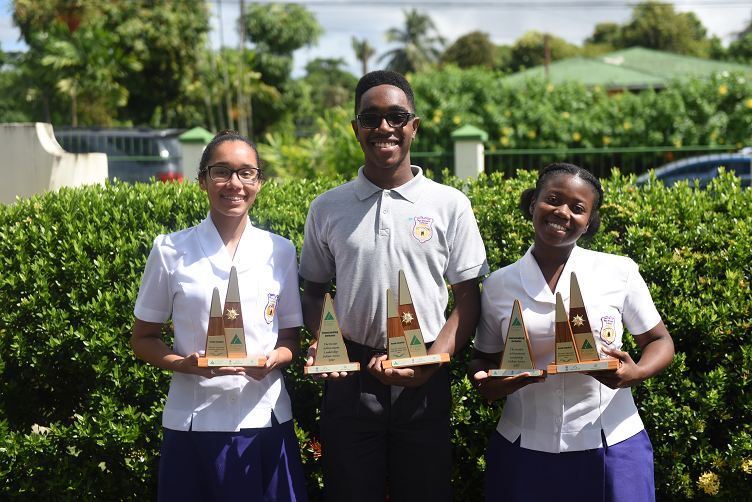 NorthGate College’s debating season has kicked off for the academic year 2017/2018. It is notable that debating is a vehicle for the development of research and problem solving skills as it encourages critical thinking. Our two debate teams rose to the challenge for the Junior Achievers Trinidad and Tobago Debate Series. They debated the motion “Be it resolved that the education system that currently exists in T&T is sufficient to produce successful 21st Century global citizens”. Both teams made it to the quarterfinal round where the motion was”Be it resolved that happiness is the most important indicator of well-being and success at the level of the individual”. The teams fought admirably winning seven out of nine debates advancing to the semi-finals and coping trophies for Outstanding Debaters.  Watch the video below for more insight into their journey: