A core part of the mandate at NorthGate College is to raise up leaders for the next generation. Every year, student leaders are inducted to stand as exemplars before the student body as they play a very vital role in the governance structure of the school.  For this reason the selection of leaders from the Upper School cohort was done with great consideration. The students chosen to serve were observed as they stewarded their process of development and growth at NorthGate College – their stance towards their studies, how they have been relating to their peers, stewarding the small tasks that they have been given and their commitment to maintaining and upholding the values learned at the College.

At the Student Induction Ceremony, leadership principles were outlined which were not just for the student leaders, but for all to consider the way to accurately lead. All were encouraged to be young men and women who love what is right and loathe what is wrong, to be sober so as to ‘judge with right judgement’, and to know their measure.

As each student leader was inducted, each selection received rousing cheers of approval and agreement from the wider school community.  It was clear that they all agreed with the selections made as they also would have observed the basis for the selection and the leadership potential resident in these students.

Yolande La Pierre, the Director of NorthGate College shared with all present, “When we place these leaders before you today, we do not say that they are perfect. We know that they are still in a developmental process but we expect them to see the importance of the role that is placed on them and to give themselves fully to the process. We encourage them to lead and lead well by learning to listen to God, care for their charges and remain accountable.”

Our Co-Chairman, Dr. Marlon Jameson commented, “The school environment of NorthGate College will be used as a training ground for the development of the leadership capability inside of our students… At the end of the process of mentor-ship and development, we expect to output a cadre of leaders that are secure in their identity, are able to go out into an environment that is less sanitized than the school environment but, as a result of their process in NorthGate College they will stand in any environment and be able to defend the values that they have been exposed to.” 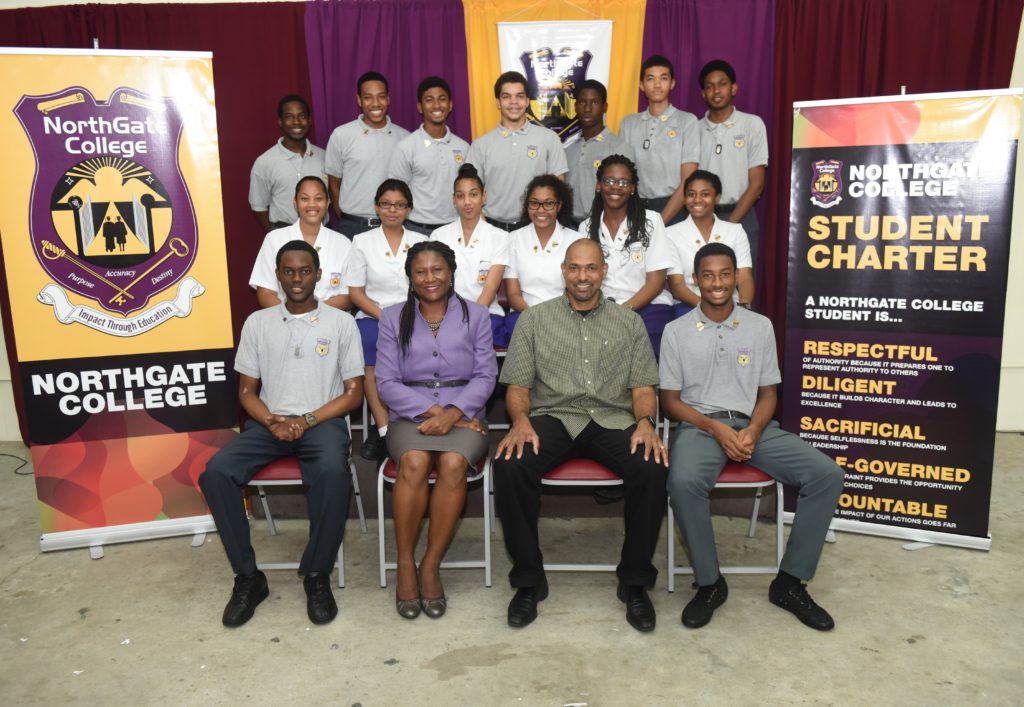