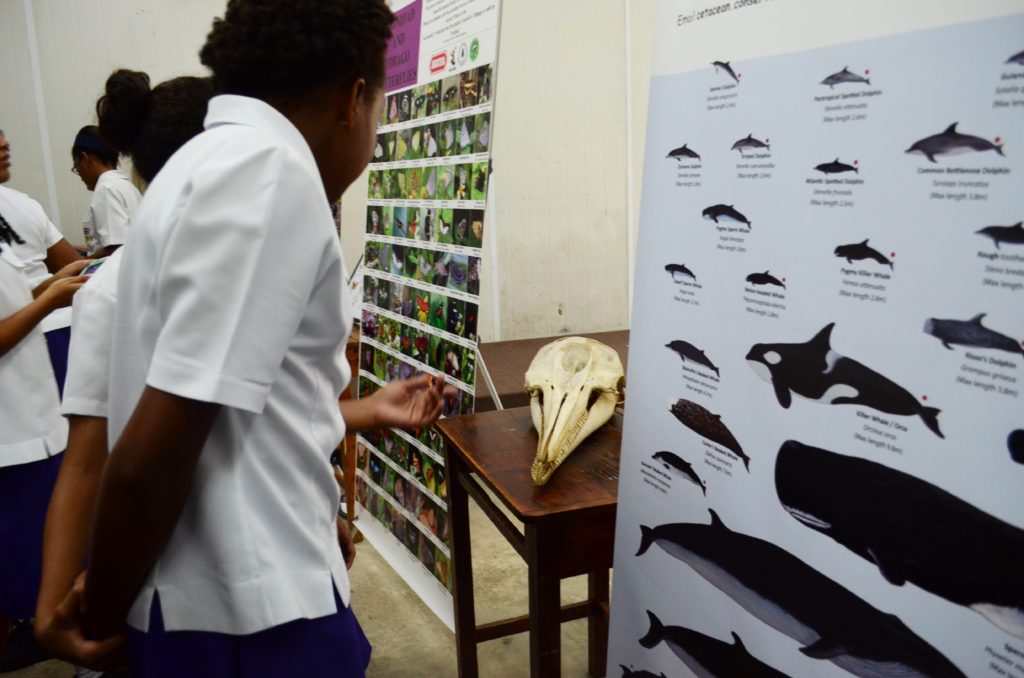 There was a display of specimens, photos and posters on Trinidad and Tobago’s wildlife. Students were challenged to figure out a few mystery items , like a hammerhead skull and the hide of an armadillo. There was also a contest for guessing the length of a preserved coiled mapapire snake in a jar. The students applied their math skills by calculating diameters, counting coils to get their answer. 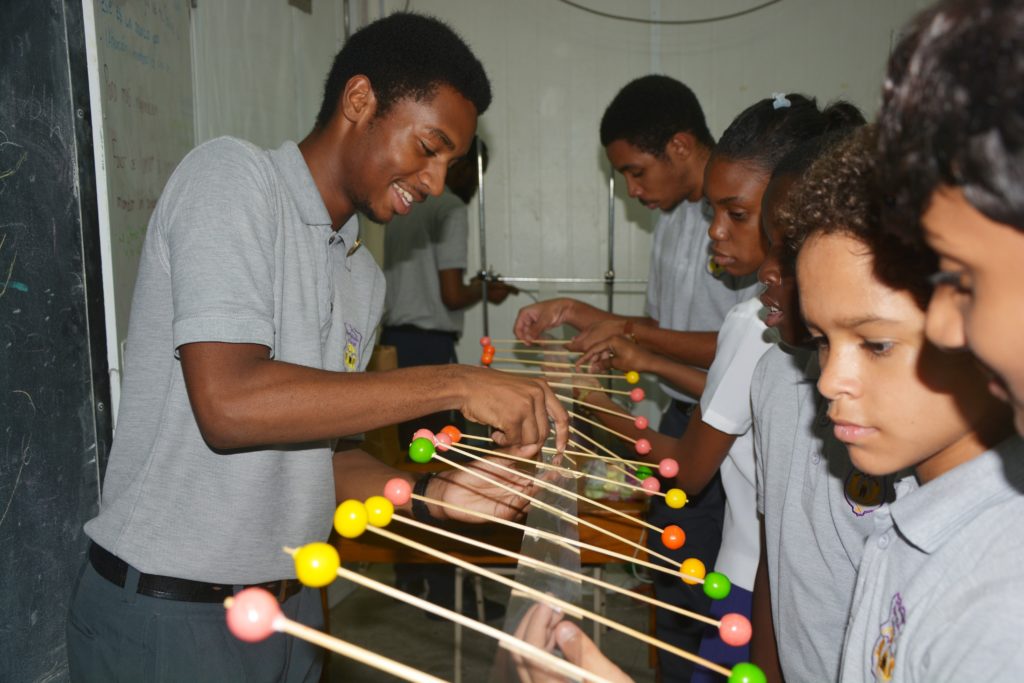 The Form 6 Physics students assembled a wave machine made with gumballs and marshmallows.  A wave machine can be used to investigate and identify different characteristics of waves. When one end of the machine is touched, an impulse is initiated and travels to the other end, creating a process which allows the wave to continue moving from one end to the next. In so doing, it allows for a continual flow of energy through the structure. The participating students made a feast of it by the end of the afternoon – first consuming the gumballs and then marshmallows. 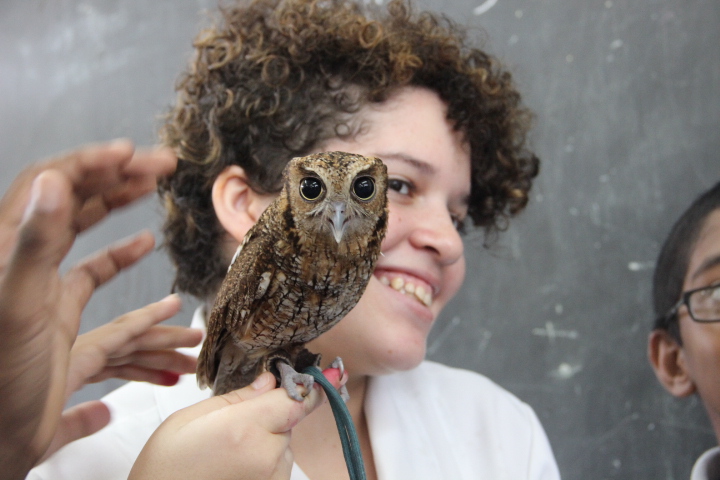 ‘Imprint’, the screeching owl from the El Socorro Centre for Wildlife Conservation captivated the students with their presentation on the work at the Center and the importance of knowing about our local wildlife and how to respond to them if encountered in the wild. 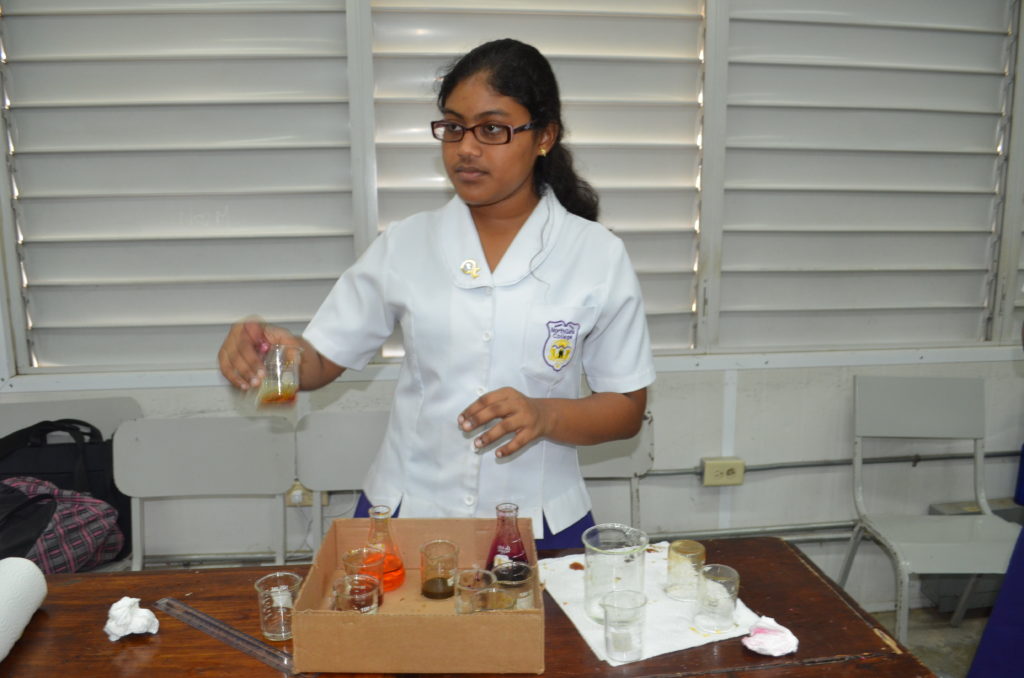 The 4th and 6th Form students were most enthusiastic to do their “magic tricks”; from changing ‘drinks’ (which were actually acid base or redox reactions) to eggs magically dropping into conical flasks to balloons that didn’t pop. The students engaged in the process wholeheartedly, so much so that they sacrificed the majority of their lunch period to practice their tricks. They were very resilient, since two to three of the experiments were not working as researched. 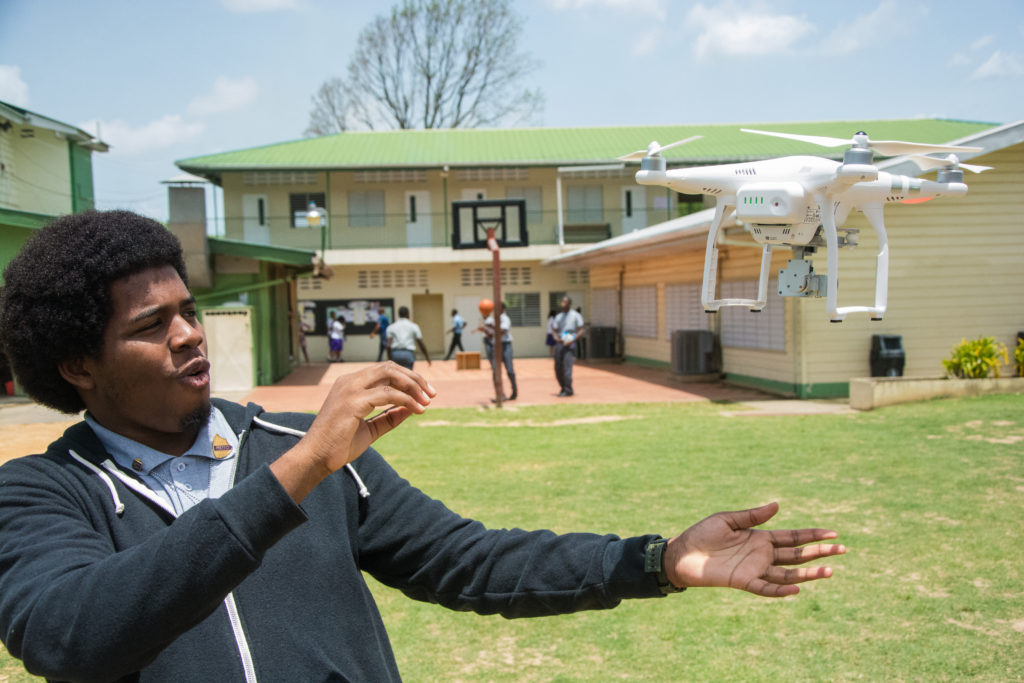 The Science Fair featured two unmanned aerial devices also known as drones – an indoor basic drone and a professional outdoor drone. Students gathered with anticipation, as a student demonstrator explained the main differences between the two, their abilities, unique parts and features. Participants were also able to try out the drone’s flight and camera control centre on a smartphone connected to a multimedia projector. A bird’s eye view of the NorthGate campus, surrounding streets and the St. Augustine area came through in a matter of minutes. Students were able to view the drone’s live feed as its camera was connected to the projector. The session ended with several liftoff / landing demonstrations and the students gained a first-hand experience in personal flight devices and their numerous applications beyond fun flights.

The NorthGate College Science Fair 2016 was the first of its kind and certainly will not be the last! We look forward to next year!